The NIKI develops its own research projects and has built up internationally recognised expertise in three areas of interest in the early modern period: Italian art, the artistic relations between the Netherlands and Italy and the history of drawing and printmaking.

Repertory of Dutch and Flemish paintings in Italian Public Collections

Region-by-region, scientific planning, analysis and access to the more than 10.000 Dutch and Flemish paintings in Italian public ownership. Cultural heritage that was exported to Italy or produced there on the spot will be made accessible and recorded in words and images for international science and a wider public in an English-language publication by region.

One of the oldest Dutch cemeteries in the Mediterranean is in the harbour town of Livorno. The cemetery is particularly rich in historical burial monuments. Thanks to the support of the Dutch Embassy, a restoration campaign will be launched in 2020 to safeguard this unique heritage for the future. At the same time, the NIKI is launching an interdisciplinary study on the history of this cemetery, focusing in particular on the role of the Dutch community in Livorno in the seventeenth and eighteenth centuries.

Internships for (research) master’s students are available within this project. The emphasis must be on source research in Italian archives and libraries, complemented by research in the Netherlands. The NIKI serves as a base for the research to be carried out in Florence and Livorno. For more information, please contact: sman@nikiflorence.org

Between 1965 and 1995 the Italian art dealer Luigi Magnaguagno collected an impressive amount of visual material about more than a thousand Dutch and Flemish painters from the fifteenth to the seventeenth century. This archive was acquired by the NIKI in 1996. The aim of the project is the scientific unlocking of the richly variegated visual material.

Internships for (research) master’s students are available within this project. Students acquire specific knowledge about the history of Dutch and Flemish painters from the period 1450-1700, are familiarised with attribution issues, provenance research and iconographic issues, and are introduced to international standards for (digital) information processing.

The internship is ideally suited for students who want to link their interest in Dutch art to working in an international academic environment.

The Istituto Centrale per la Grafica (ICG) in Rome provides funds for experienced art historians to carry out research at the NIKI for the digital accessibility of the ICG’s permanent collection of prints and drawings.

The NIKI is open to individual research that falls outside our projects, for example in the field of material-technical research and the restoration of artworks, Dutch-Italian relations, design, architecture, cultural history etc. We like to think along with you about subjects and perspectives. Individual researchers with their own thesis subject or research project are encouraged to make use of our research facilities. We can also mediate and bring students into contact with other institutes. Students and (future) PhD students from the participating universities may be eligible for a grant from the Foundation Friends of the Institute for Art History in Florence. The NIKI fellowships are available for excellent foreign PhD students or postdocs to stay at the institute and conduct their own research.

Intended for renowned researchers in the humanities. The suitable candidate has an excellent international reputation in a field that matches our research profile.

We require the researcher to:

You may express your interest to the director at least six months before the starting date. Please also indicate the desired duration of your stay.

We would like to receive your application letter with CV, a project proposal (max 3 pp.) and the names of two colleagues from whom references can be obtained.

Selection criteria are: relevance of the research topic, originality and feasibility of the proposal, motivation for stay, quality and structure of the work plan, potential contribution to the NIKI education.

Applications may be sent to the Director by e-mail on a continuous basis. Based on the criteria, the Director will advise the Chair and two members of the Institute’s Scientific Board (WAR) who will form the selection committee. The Director will inform the candidate of the outcome within one month of receipt of the application.

Up until today, the following researchers have resided as scholar-in-residence at the NIKI:

There are many publications provided or made possible by the NIKI by Dutch and foreign researchers and scholars who stayed at the institute for research or participation in symposiums.

In 1983 we created our own publication series, with the monumental Repertory of Dutch and Flemish Paintings in Italian Public Collections Furthermore, we published congress collections, exhibition catalogues and other scientific publications. Until 2014 this series was published by Centro Di (Florence).
Since 2015 our own publications have appeared in the series:

NIKI Studies in Netherlands-Italian Art History, published by Brill (Leiden). The series contains collections of articles and monographs on Italian art as well as Dutch and Flemish art and artists in Italy. Particular emphasis is put on the artistic exchange and mutual influence between Italy and the Low Countries.

Various titles can be ordered directly from the NIKI by sending an e-mail to: niki@nikiflorence.org

In addition to the lectures and symposiums in Florence, we organise the annual NIKI symposium ‘Italy and the Netherlands. Artistic interactions’ in collaboration with lecturers and researchers from the participating universities, colleagues from the RDK in The Hague or museum institutions such as the Rijksmuseum and Teylers Museum, relying on Museum Catharijneconvent in Utrecht as permanent venue.

In the Netherlands, we make substantive contributions to symposiums organised by partner universities, the Dutch National Research School for Art History (OSK) and Dutch museums. 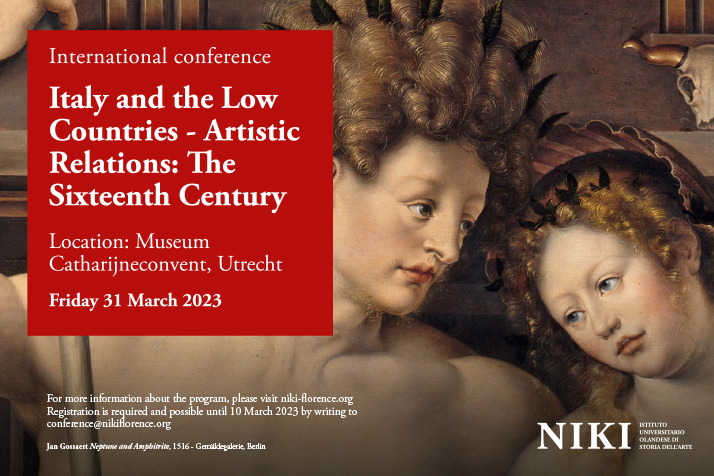 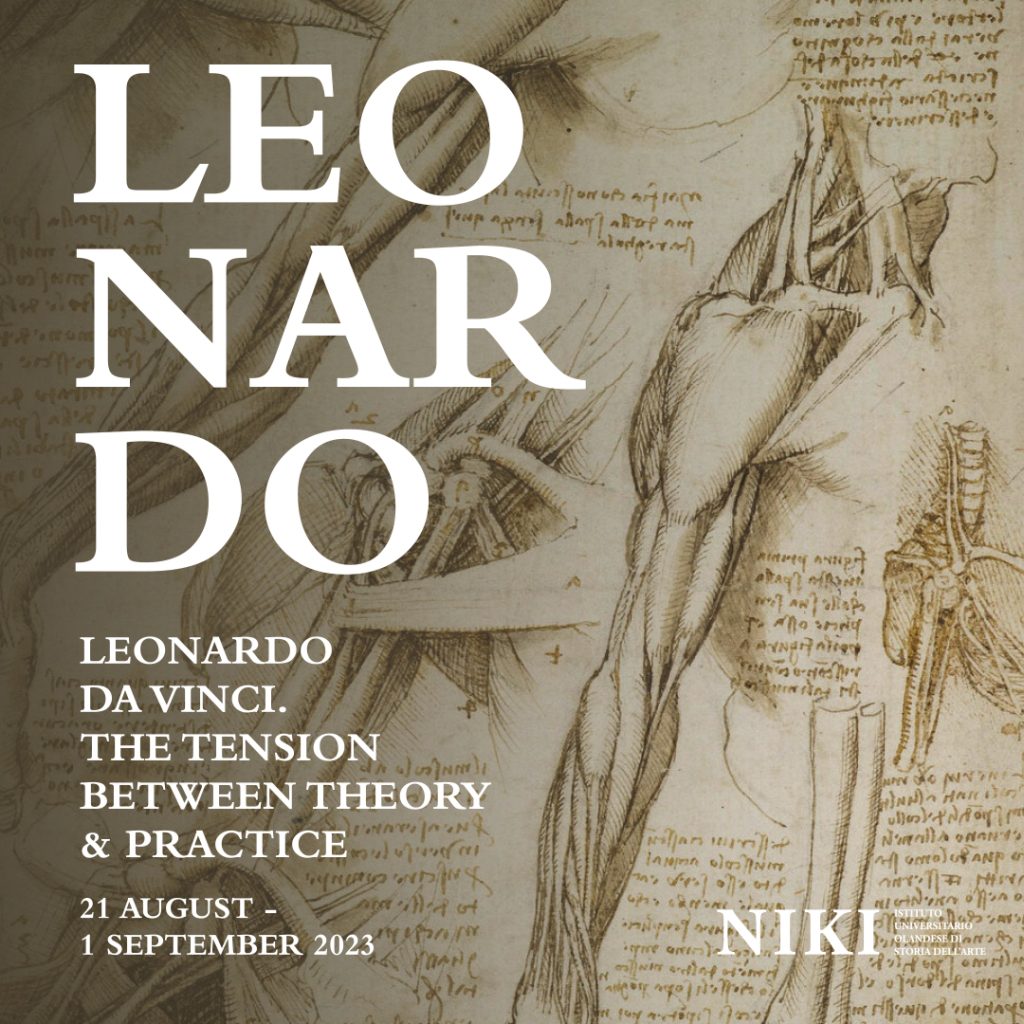 An in-depth study of the drawings, paintings, and writings of Leonardo da Vinci (Vinci 1452-Amboise, France 1519). This course seeks to define the relationship between Leonardo’s development as a painter and his scientific research.

Our director, Professor Michael Kwakkelstein, draws attention to Rubens as a draughtsman. 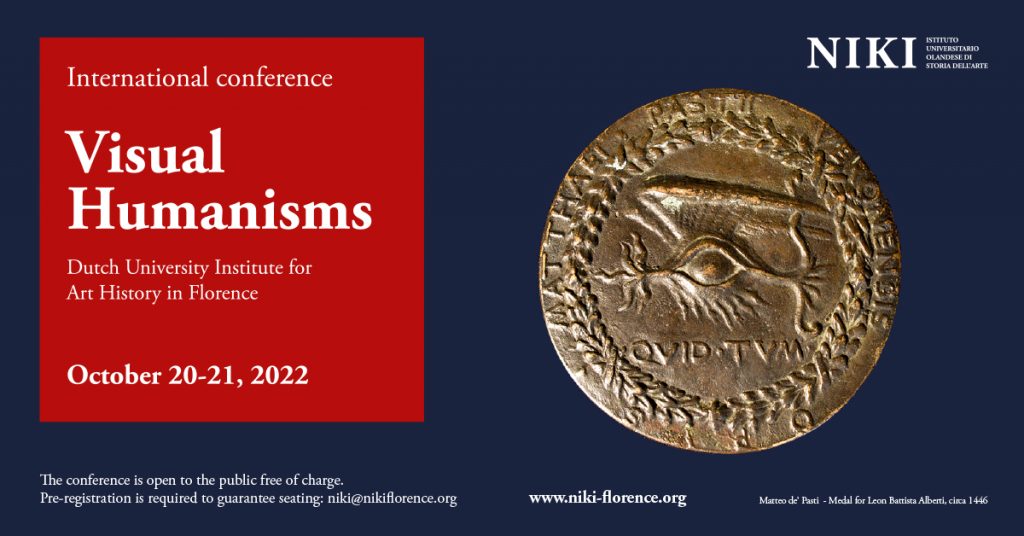 On October 20-21, 2022 the international conference ‘Visual Humanisms’ will be held at the NIKI. This symposium is organised by Marieke van den Doel (University of Humanistic Studies, Utrecht) and Michael W. Kwakkelstein (NIKI).